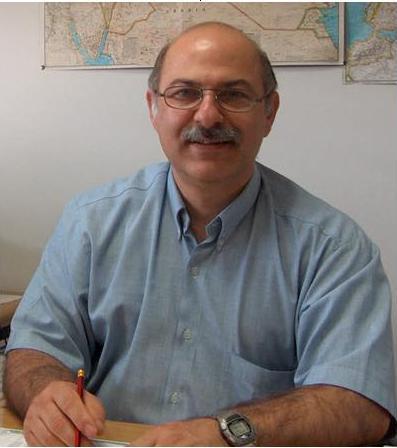 Soteris Kalogirou was born in Trachonas, which is a suburb of Nicosia. He is married and has two children. He received his first Degree in Mechanical Engineering from the Higher Technical Institute (1982) his Master of Philosophy (M.Phil) in Mechanical Engineering from the Polytechnic of Wales (1991) and his Ph.D in Mechanical Engineering from the University of Glamorgan, UK (1995). In June 2011 he was awarded from the University of Glamorgan, UK the title of D.Sc. He was employed as a Building Services Consultant by the firm Intersol Engineering from 1982-1987, and in various positions in the Mechanical Engineering and Engineering Practice Departments of the Higher Technical Institute from 1987 to 2007. In 2008 he was transferred to the Cyprus University of Technology and now he is a Senior Lecturer in Mechanical Engineering. He is considered internationally as an expert in the field of solar thermal collectors and to the use of artificial intelligence techniques for the performance prediction of energy and renewable energy systems. He is member of CIBSE (Chartered Institution of Building Services Engineers), Chartered Engineer (C.Eng), member of FEANI (Eur Ing), member of ASHRAE (American Society of Heating, Refrigerating and Air-Conditioning Engineers), member of ISES (International Solar Energy Society) and member of the Institute of Refrigeration (IoR). He has published more than 120 papers in international peer reviewed journals and 158 papers in conference proceedings, mainly on solar thermal systems, on computational simulation and optimization of solar systems and on the use of artificial intelligence systems for the performance prediction of energy and renewable energy systems. His work received until now more than 6000 citations and he was invited speaker in more than 20 conferences. He has also author or contributed chapters in 44 books, he is the editor of the book Artificial Intelligence in Energy and Renewable Energy Systems, editor of the book Soft Computing in Green and Renewable Energy Systems and author of the book Solar Energy Engineering: Processes and Systems. He has participated in the organization of 25 international conferences. He has supervised 6 Masters and 3 Ph.D. students (another 2 Ph.D. supervisions are in progress). He is Editor in Chief of Renewable Energy and Deputy Editor in Chief of Energy journal, Editorial Board Member in another 12 international scientific journals. He is reviewer of papers in another 61 journals and conferences. He is the founder of Archimedes Solar Energy Laboratory.

Check the encrypted string of this email, put the correct string in the box below and click "Go" to validate the email and claim this profile.

Login via ORCID to claim this profile: